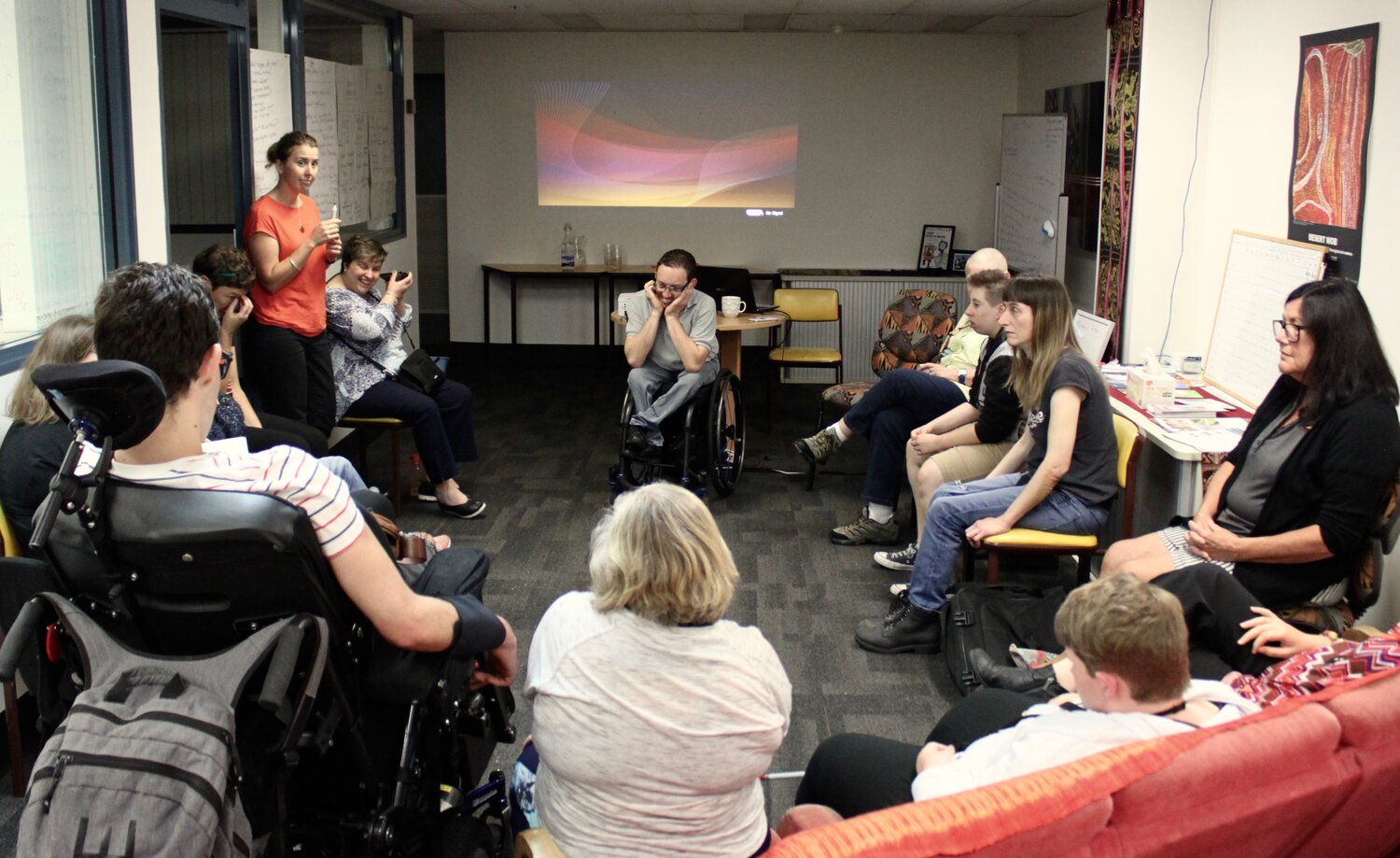 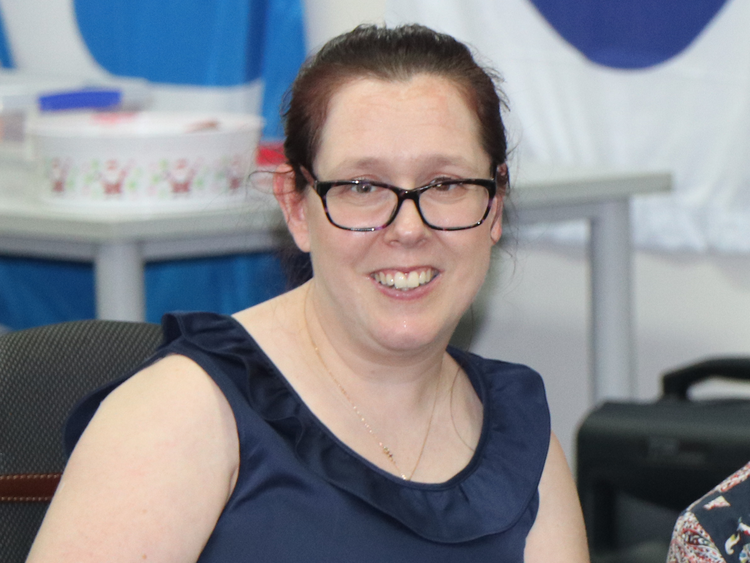 Kristy Trajcevski has been involved in CDAH since it’s inception she has a great passion for disability advocacy. She believes that peer support is a powerful tool in giving disabled people choice and control in their lives. Kristy has volunteered and worked in the disability advocacy sector for almost 20 years.

Kristy has a Bachelor Arts (Hons) Bachelor of Laws (University of Newcastle) and a Graduate Diploma of Legal Practice (College of Law). She works for a local law firm and enjoys spending time and money on her dog. 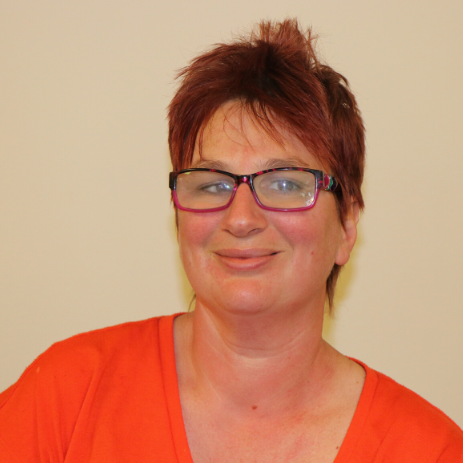 Erin has has been involved with CDAH for many years. As well as being a board member, she is also a peer mentor.

As a result of Peer Support from another person with an intellectual disability, Erin learnt skills about interviewing support workers and  was able to move out of home.

Erins hobbies include her love of art, swimming, decorating cakes and hanging out with my friends and my dog.

Erin’s aim on the Board is  to be able to help CDAH to make a difference for people with a disability, because her passion is for the rights of people with disability. 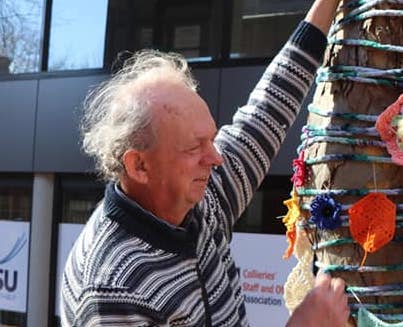 Stephen has been a member of the Hunter Deafblind group since it started, and he has been learning Auslan and tactile deafblind fingerspelling to enhance his connection with his peers in the group.

Stephen has many interests and is involved in quite a few different community groups including toastmasters and a radio club. Stephen worked in the electricity industry as an engineer and has 3 university degrees and he uses different technologies to access information including braille, and computer software.

Stephen uses his lived experience of deafblindness to educate people when he can, how isolating it can be and the value that deafblind people can bring to the wider community if they are given the chance. 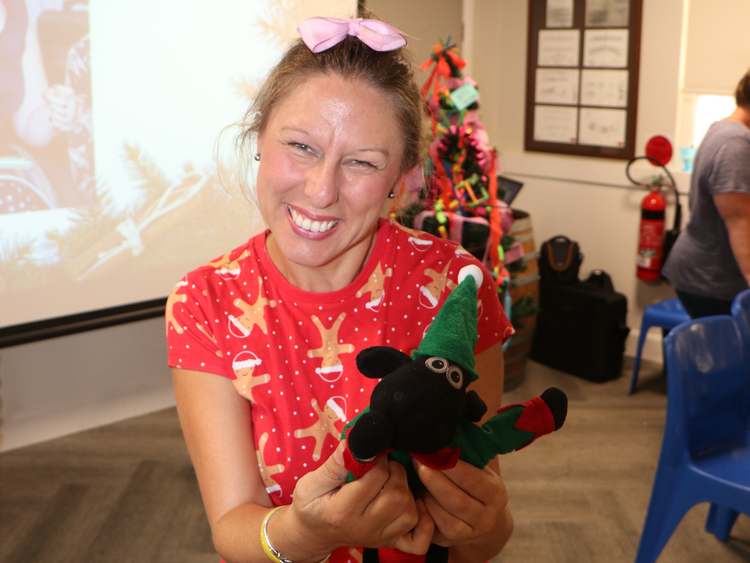 Billie was born and raised in Newcastle. She has experienced various things throughout her life. Her hobby is art and she loves recycling anything so it won’t be wasted. Her passion is to encourage everybody to participate in art activities, creative arts and she loves to watch people smile and grow.
Billie studied visual arts at university and she is passionate to explore all varieties of art. She believes that everyone is equal and that there should be no barriers or limits to anyone.
Billie has been involved in all areas of creative art activities at CDAH, TAFE and at universities. Thank you for your time reading this:) 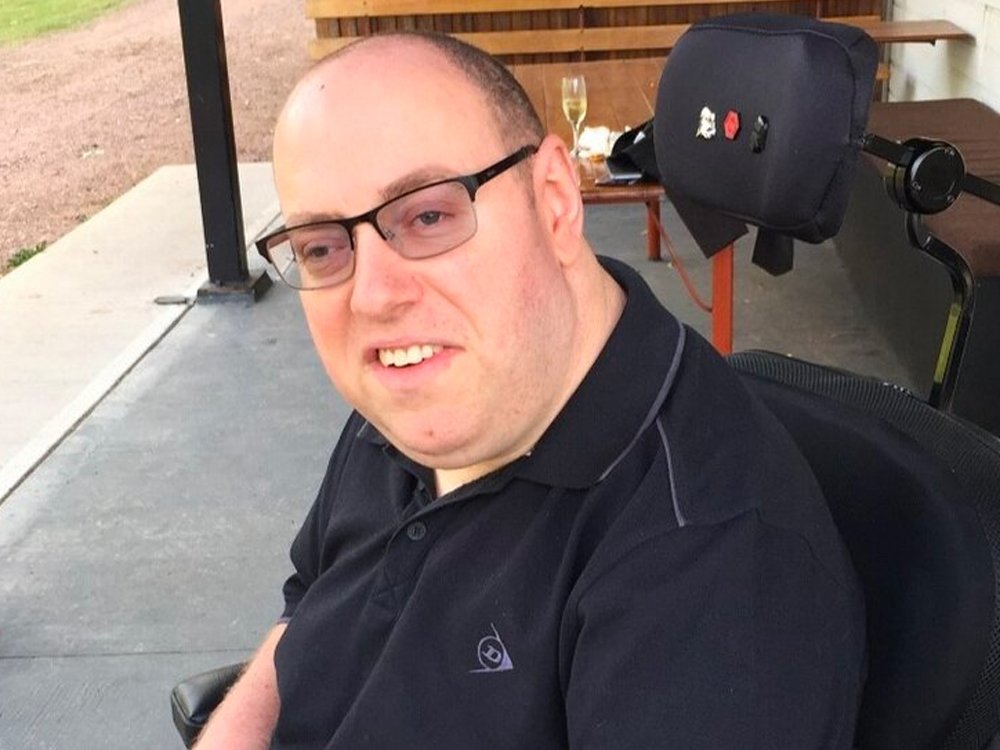 Dave Pearey is passionate about the technology side of disability. He loves assisting people with disabilities to get the most out of their technology and finding tech solutions to make life easier. 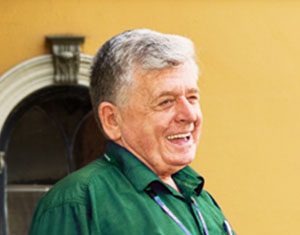 Douglas retired from St Vincent’s Hospital’s as the Consumer Participation Officer in November 2017, after 11 years of putting into action the policies he has worked on in the previous 15 years.

In 2018 Douglas received a Medal of the Order of Australia in the General Division.

He’s come a long way for a young man who loved the t-shirt and thongs lifestyle of his native Newcastle in the Hunter region. Until the age of 42 he had a good career as a long-distance transport driver and union delegate, with a strong work ethic. Then Douglas was diagnosed with bipolar affective disorder. Since that time, he’s been a key participant in many developments in mental health, including the consumer and peer worker movements.

Douglas served on a number of committees and boards of state and national mental health organisations, putting into practice the findings of a post-diagnosis vocational survey that identified him as someone who could provide advice to government, and work in education or financial management.

Inspired to improve the recovery journey for consumers and their families, Douglas joined The Hive in 2017 when he moved back home to Lake Macquarie.  He also taken on the volunteers Coordinator of CDAH  Members Action Group Coordinator in 2019.

Douglas joined the board in 2021

We are an independent, collective voice committed to full inclusion and active citizenship. We are the first peer-led organisation established to prepare people for the national disability insurance scheme and we are forging new directions!